Dawn of a new day.

Popular posts from this blog

My Problem with The Secret

March 03, 2021
The Secret takes the responsibility away from the individual. This may be the whole idea, but this perception of manifestation completely ignores inherent privilege that went completely unchecked during my watching of The Secret. It didn't account for many societal factors that contribute to whole races and classes of people being oppressed, regardless of their ability to manifest or construct a more "positive" reality. Additionally, The Secret expects blind adherence. I am risk-averse myself, and I do not commit to any plan A without first setting up a plan B and C. The Secret expects full commitment to the belief that if you want it, it will come to you. Again, this limited viewpoints removes personal responsibility and discredits the hard work it takes to change society. Manifestation is the result of hard work. The results of manifestation are earned through the efforts of trying, failing, and trying again. It's a different kind of commitment than the absolute fai
Read more 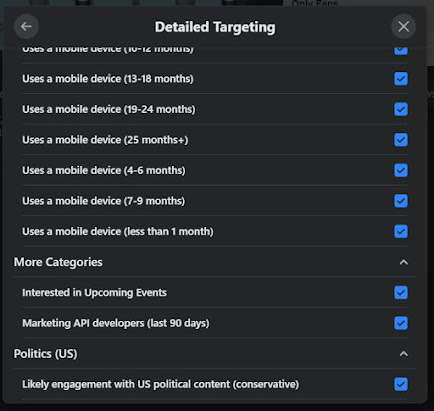 I recently started learning about Facebook ads, and what I found was a shocking level of detail in targeted advertising. Anyone can create a page and run ads for fun, which is how I discovered the simplicity of targeting anyone I want. Regardless of your political beliefs, it's particularly galling that I am able to target conservatives, but not liberals. Here's a few screenshots: Ironically enough, my Facebook account has been disabled from any further advertising, yet they keep previewing new business management and ad creation tools to me: Perhaps it was the content of my page, https://fb.meFansOnlyPosts
Read more 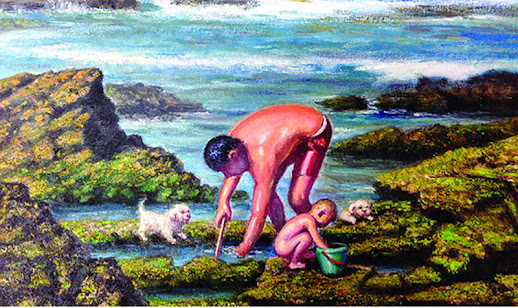 The patient, a left-handed city employee, was initially admitted to the hospital at age 65 for progressive weakness from myasthenia gravis, during which time he composed 63 poems in 12 days during his stay. Neuropsychological testing, ordered to detect an underlying neurologic cause for the patient’s compulsive behavior, revealed mild impairments in executive function; an MRI showed frontal cortical atrophy affecting the right more than the left. He revealed that he was also a disillusioned painter because people did not like his latest work, which had shifted from peaceful landscapes or still lifes to erotic fantasy themes with mythical or religious undertones (Figure 3). Over the next five years, he demonstrated an increase in socially abnormal behaviors, impulsiveness, disinhibition, and hoarding. Despite his behavioral and cognitive deterioration, the patient’s creativity blossomed, and his artistic style evolved to mix painting and sculpture. At age 69 years old, he reached his ar
Read more